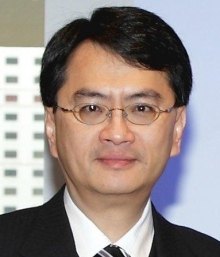 Edward holds a Bachelor of Philosophy degree from the University of Manitoba, Canada and a professional membership of the Society of Mining, Metallurgy and Exploration, USA.  He has over 30 years of experience in capital markets, computer turnkey design and manufacturing, minerals trading and building mine production projects.  Edward is currently Chairman of The Capital Market Global Limited and Vice-chairman of BlackRock Metals Inc., Canada and has various investment holding interests in many countries.

Since 1984, Edward has actively served as a founder, donor and service participant of many charitable organisations.  He was one of the key donors in the founding of the Madame Sun Yat-sen Children’s Recreation Centre in Beijing, China.  During 1994-95, Edward was the sole donor and service programme sponsor for the Geriatric Services Centre of Tuen Mun Hospital. Currently, he is one of the founders, directors and donors of The Community CareAge Foundation (CCAF) that provides community-based home-care geriatric services for the elderly.  Over the years, through his personal, family and companies’ charitable trusts, Edward has been an active donor and service programme sponsor for many charities and humanity projects, especially those for the under-privileged children and teenagers in various regions of China.

Edward joined CCF in June 1989 before its inauguration in November.  He left in 1992 for the USA, but remained an active donor and programme sponsor of the Foundation since then.  Edward rejoined CCF in July 2014 to replace one of the two retiring governors.  The founding of Children's Palliative Care Foundation (CPCF) in October 2018 of which Edward is the Chairman added a new chapter to CCF's benchmark services, expanding the palliative care service to serve more underprivileged non-cancer young patients with life-threatening illnesses and their families.