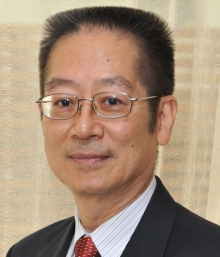 Hui Yick-chi (YC)’s 34-month-old son was diagnosed with cancer in May 1986 and received treatment at the Prince of Wales Hospital.

YC joined Children’s Cancer Foundation in June 1989, five months before its inauguration, at the invitation of one of its Founders, Dr Lam Tai-kwan. Thus, he began his work for child cancer patients.

Misfortune seemed to favour YC’s family in particular. 14 years on, his son was diagnosed with a second cancer. Yet, worse was yet to come – in another 7 years, a third cancer struck and YC’s son, at a fine young age of 33, was finally taken away from him.

Despite YC’s vicissitudes in family life, he trudged on as a bereaved parent while his work at the Foundation became even more meaningful to him. Throughout the years, YC was Chairman of CCF’s Finance and Accounts Committee, looking after accounting affairs of the Foundation until CCF was corporatised and he took up Chairmanship of the Audit Committee. YC joined the Board in 2014.

YC worked in the accounting, auditing and company secretarial fields for numerous accounting and Japanese firms until November 1993 when he started his own accounting business, offering his expertise to all sectors in society.

In view of the inclement weather forecast for the coming few days, Community Service Centre will be closed on July 2 (Saturday) and all scheduled programmes will be postponed. Enrolled participants will be contacted individually for further arrangements. Should you have any enquiries, please contact us on 2319 1396 starting the next working day.