The curtains were drawn more than three months ago, and yet it appeared as if the concert was held yesterday.

April 7, 2011 was a bittersweet day for me. It was on that very day that I learned I had a second relapse and that CCF would be staging my first concert. In the twinkling of an eye, the good news overshadowed the bad one, lifting my spirits from hell to Heaven.

Selection of song titles for the concert began in mid-May, and I found that my standards for the songs were getting higher. I had not put in much time and made little efforts for the preparatory work since the commencement of chemotherapy in mid-April. I really have to thank all the staff members of CCF for accommodating and supporting me.

In June, my schedule was fully packed with the concert rundown, script writing, meetings and singing practice. It was a tough but fulfilling task, and I got to learn new things. There were certainly some knots in the process, and I learned to tackle them in a more mature way.

July came and the behind-the-scenes work was in full swing. I divided my time between the hospital and Family Service Centre. Music filled each passing day and second. The final fitting took place in mid-July, and I met with the stylist for the second time. I was so overwhelmed by the fabulous costumes that I almost burst into tears. I was so grateful for the CCF staff and volunteers’ kind assistance. I was really touched by what they did.

That big day finally came – July 30, 2011. I was not overcome by stage fright when I got to the venue. As I looked at the 500 seats from the stage during the final rehearsal, I just thought of my dearest relatives and friends. My mind was filled with nothing but thankfulness and gratefulness.

My whole body trembled as I stepped up on the stage, and I held a bottle of hot water to keep myself warm. The moment I appeared on the stage, my anxiety was overcome by the excitement of the audience. It seemed as if I was in a trance when I walked to the back stage after singing the first three songs. I really felt that my hard work in the past two months paid off. In the days leading up to the concert, my family and friends told me not to give myself too much pressure. In reality, how can a performer go through a concert with no pressure? The audience’s applause vouched for my hard work.

Thanks to the entire stage crew, I had a new stage image. The costumes were awesome and they are my favourite so far, and I was absolutely bowed over by Aline the stylist, who fully understood my preference for colour tones and my personality after two meetings. Thank you so much, Aline.

I was delighted to have Henry, CCF Sunshine Ambassador, to sing with me. Knowing Henry for a year or so, I see him as a boy with a strong desire to perform. We sang a love song. He then dedicated a song about the love between father and son to his parents and younger brother. The song was so touching that I could hear from the back stage that someone was sobbing among the audience.

I performed some of my favourite songs. The most unforgettable part of the concert was the duet session with my idol Joey Yung. The song that touches me most is “The Star”, and I took the opportunity to dedicate it to those kids and friends who have passed away. As I sang, I was almost overcome by my own emotions.

Looking back, I knew there was much room for improvement in that concert. When I compared the last concert with my performance two years back, I noticed a greater vitality in me and an ever-growing passion for music.

For this concert I composed a theme song “Love Life”, little knowing that a local band C AllStar would include it in its album. I wish that all those who came to my concert face the future with hope. Those who were not at the concert can show their support by purchasing C AllStar’s album.

Heartfelt thanks again to all CCF staff members, volunteers, Sunshine Ambassadors and friends who lent a helping hand to make my dream come true. Last but not least, the concert would not have been possible without the venue provided by Shaw College of the Chinese University of Hong Kong. Thank you! 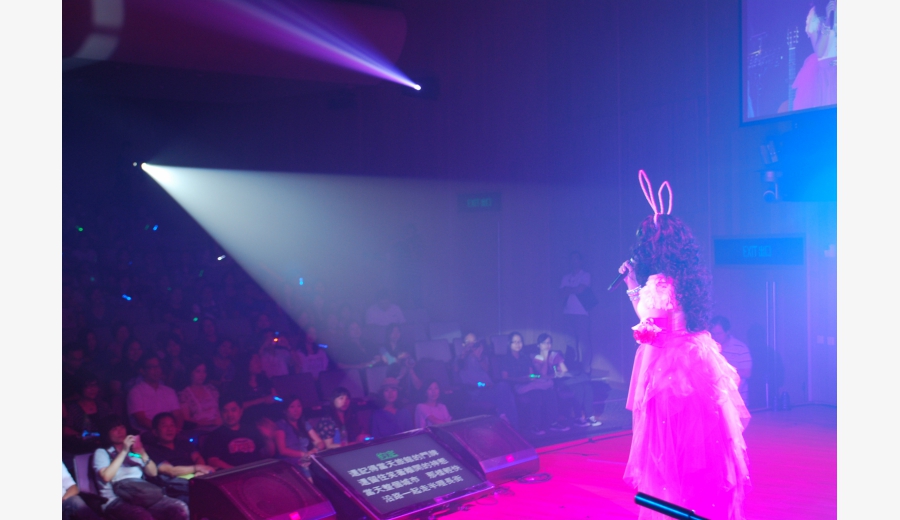 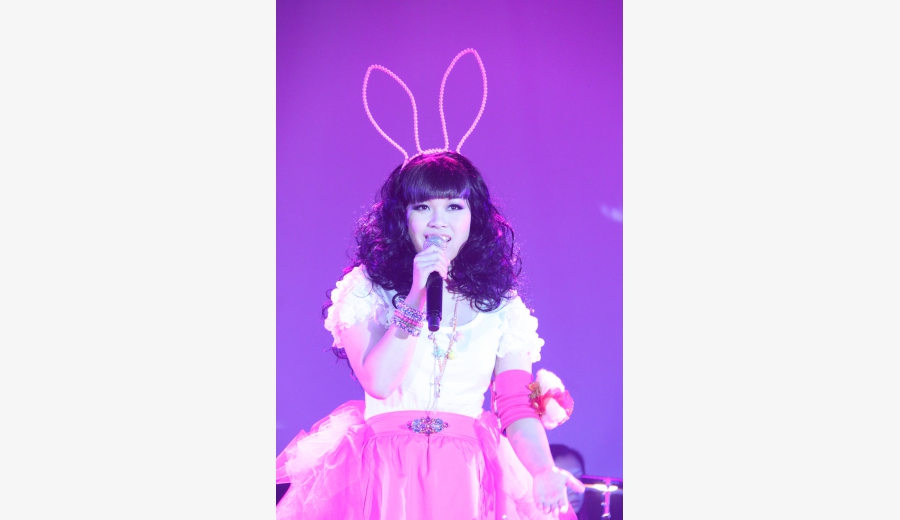 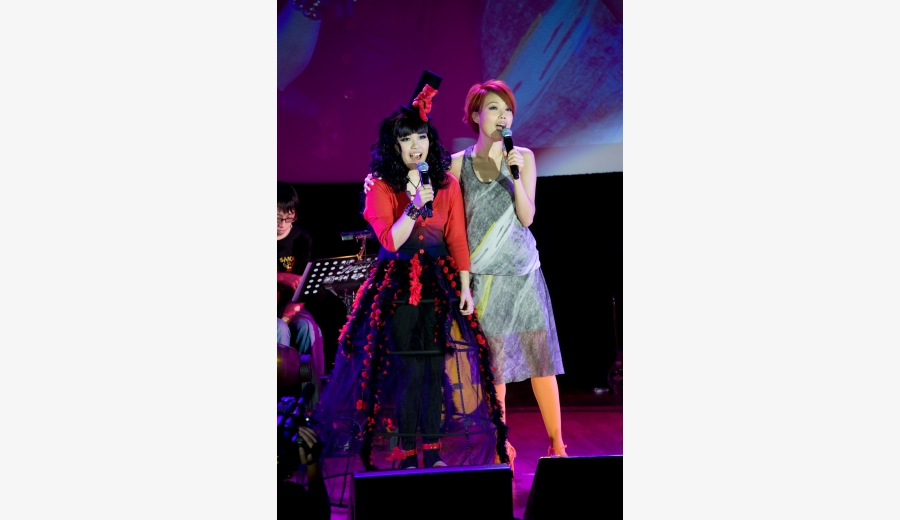 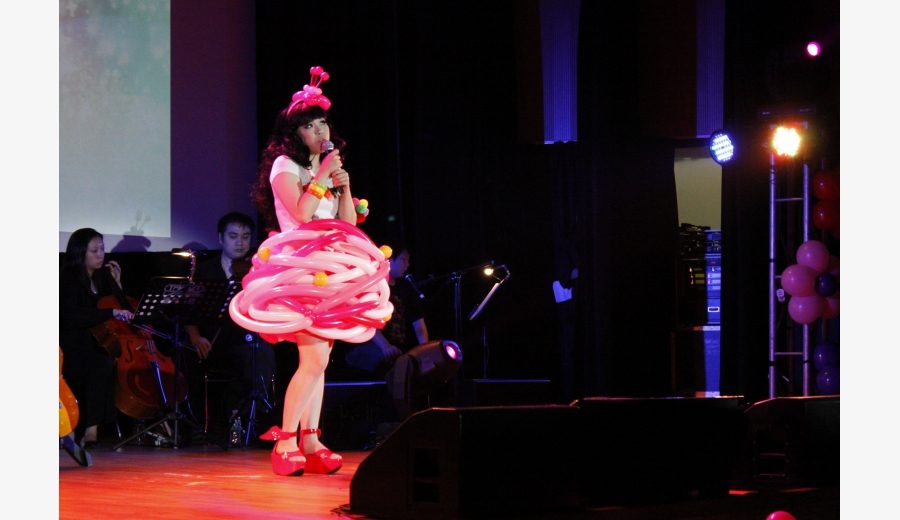 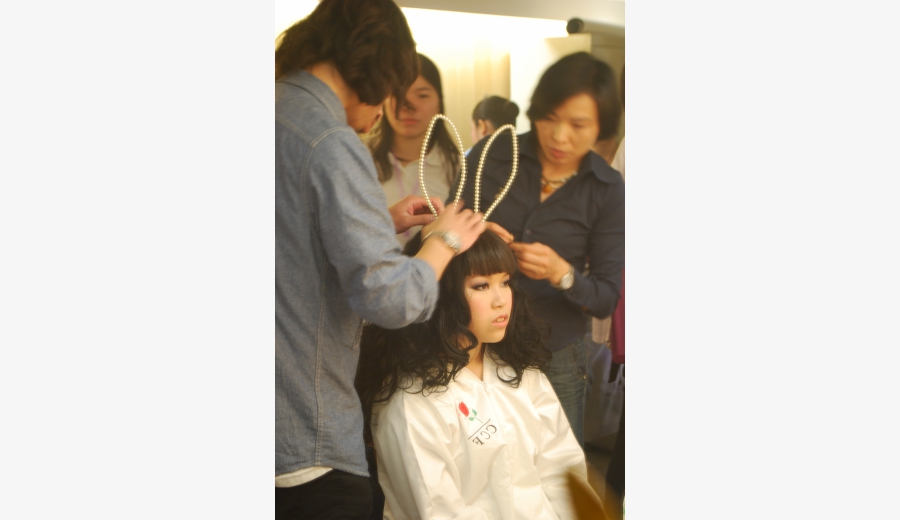 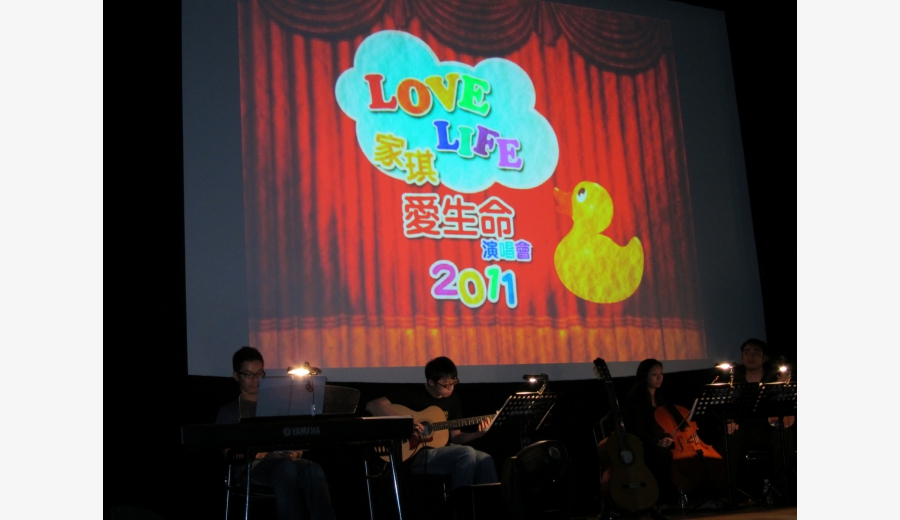 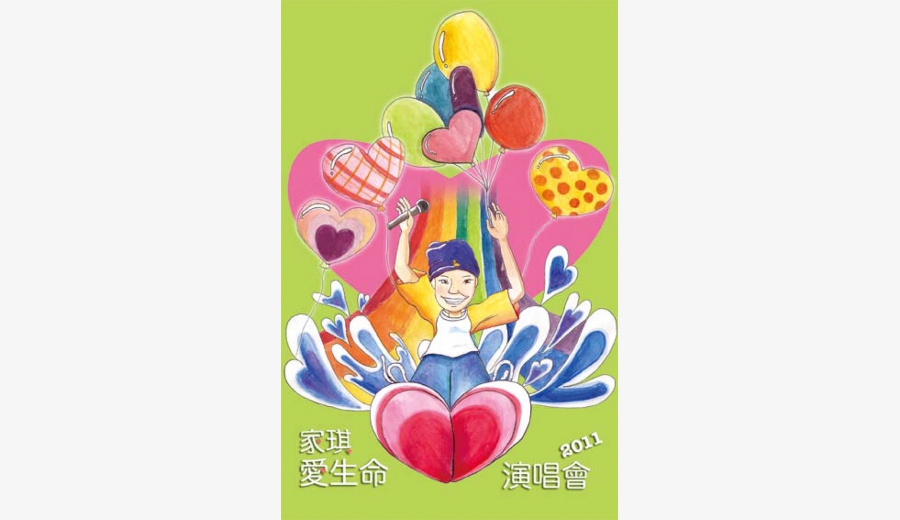