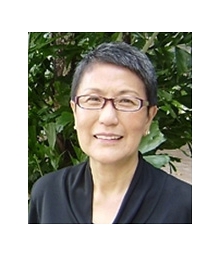 June 6, 1988 – a date I shall never forget, a day that I will always cringe with pain to remember.  Leukaemia was then a far-off word that one only read about in medical journals and watched in movies.  Yet, this disease suddenly loomed large and real enough before my very eyes.  Donovan was only three years old.  How could it be?

“You need to be prepared – Donovan only has less than ten percent chance of survival.  His cancer cell count is so high that it even exceeded this hospital’s lab records.  I’m sorry.”  “What?”  My world reeled under my feet.  The doctor was kind and concerned, but his empathy was of no comfort.  I’ve just been thrown into hell.

When the initial shock passed, my son and I’s battles began, one after another, day after day.  Most nights when I drove home from the hospital, I looked up at the moon that waxed and waned and cried my heart out.  Yet, intermittent between sobs, I thanked Providence that we were given another day and prayed that we would get through tomorrow, just the same as we did the day before.

Then I thought to myself:  “Three short years on this mortal earth, why?  What was the point?  Children are innocent, why bring them into the world, if only to subject them to so much anxiety and pain and face death in the end anyway?”  God is not merciful, I decided.  But I was not going to let my son go just like that.  I wanted him to be able to leave a legacy, something that will at least give a meaning to his short existence.  Donovan’s attending doctor, the kind and gentle Dr T.K. Lam, had asked me if I was interested in helping him set up a fund of some sort to support children suffering from cancer.  I had initially declined his invitation, but after having given the idea some soul-searching thought, it dawned on me that this was the one chance for Donovan to make a difference to other children’s lives.  Yes, that’s it.  That would be such a good way to remember my son – the seed that sprouts into a garden of trees to shade other young weary travelers and their families on their arduous journeys in treatment.  And, we need gardeners, too.  So began the search for more compassionate volunteers and the ball started rolling.  It was May 5, 1989 – a date I shall always remember with pride and joy.

What about Donovan?  Well, bless that little being, he didn’t die after all.  He grew stronger every day, just like the Children’s Cancer Foundation.  Today, he is dark, muscular, and sporty.  He studied Sports Science and Physiology at Leeds University in England before returning to Hong Kong to work as a Grade One Instructor/Ketch Skipper at the Outward Bound School.  After having worked there for many years, he took two gap years to travel the world before returning to Outward Bound to take up another position as the school’s Ship Operations Manager in assuming responsibility for its sailing ship – ‘Spirit of Outward Bound Hong Kong’. A miracle?  I can’t say.  Why weren’t some of the others given the same miracle then?  I don’t know.  I don’t have the answer.  Such is life!  Although, I do know not to despair;  just do what I should do, give it my best and leave the rest!