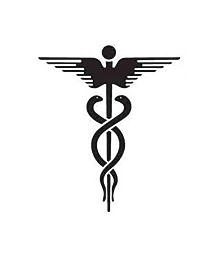 When I started working at the Prince of Wales Hospital in 1985, my colleagues and I were fortunate enough to be able to ‘modernize’ the standard of care with a designated ward and a designated team for managing our child oncology patients. Nevertheless, with limited budget from the Government, allocating resources for treating childhood cancer was still not a high priority.

During my post-graduate training in the UK, I learnt that a charity fund for cancer could contribute a great deal to support clinical service and research. When I returned to Hong Kong, it was my wish then to be able to establish a fund of this kind. In 1988, when 3-year old Donovan was diagnosed with leukaemia, he was referred to the Prince of Wales hospital for treatment. He was a God-send, as in his mother, Miami, I found the ideal person to help establish such a fund.

Since there was no precedent for a charity to support services in a public hospital, we approached the then Vice-chancellor of The Chinese University of Hong Kong, Professor Charles Kao, for his support. This we received in full. Together with a few other dedicated volunteers, The Children’s Cancer Fund for The Chinese University of Hong Kong was thus formed in November 1989 to care for all child cancer patients at the Prince of Wales Hospital. Two years later, we branched off to the other four public hospitals in Hong Kong and re-inaugurated the fund as the Children’s Cancer Foundation.

As one of the initial five founders, I am more than gratified to see what began as a small dream back in the 80’s, is still growing from strength to strength more than three decades later.