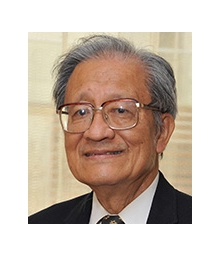 Prior to the 1970s, haematology and oncology in paediatrics were largely neglected. Paediatricians were discouraged by the poor outcomes in children suffering from cancer and blood diseases, and the prevailing defeatist attitude of medical professionals in the early 1970’s was that children with cancer were mostly incurable.

Fortunately medical science advanced rapidly in the 70’s and 80’s, and today there are well-trained medical professionals and world-class medical facilities in Hong Kong for the diagnosis and treatment of cancer and blood disorders in children.  To those involved, including myself, it seems astonishing that we have been able to achieve so much in such a short time.

It seems a distant memory now, but in the 1980’s there was support for only one bone marrow transplant unit, which was adult-orientated, and located at the Queen Mary Hospital.  I felt acutely the pressing need for a separate, dedicated unit for children and had already begun to build my own Hong Kong Bone Marrow Transplant Fund with the aim of creating this desperately needed facility at the Prince of Wales Hospital.  CCF made also a public appeal for a paediatric bone marrow transplant unit at the Prince of Wales Hospital and through Operations Santa Claus contributed also to the BMT Fund in 1993.  The first marrow transplantation performed on a child patient in Hong Kong was successfully carried out on 6th February, 1991, a date firmly etched in my memory.

We have come a long way since the 1970’s.  Recent times have seen a further rapid expansion of services and an increase in patient workload.  Thankfully, alongside such progress come improved survival rates, and this means better facilities are needed, not just for the medical profession but also, in more heartfelt ways, for the patients and their families.  With the existence of so many dedicated and professional staff in our hospitals and universities, CCF has been the driving force behind the establishment of a Children’s Hospital serving the whole of Hong Kong, where the practice of paediatrics can be at its best, and research into cancer and other serious illnesses affecting children can reach new heights.

The future looks bright for paediatric haematology and oncology in Hong Kong.  I feel both proud and privileged to have played a role in these developments, both as a paediatrician, and, as one of the founders of CCF, for the children and families we serve.